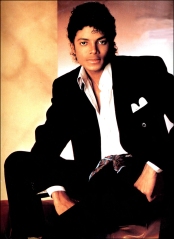 Michael Jackson died on June 25, 2009. It was a sudden and almost abrupt exit that literally shocked the world. There have been conspiracies surrounding his death and even speculations circulating about him faking his death. Unfortunately, there have also surfaced rumors of some activities that he engaged in during his life. Among them are the ideas that Jackson, a purported follower of Alister Crowley, conjured the spirit Cybele – the goddess of the nature/ fertility. Some have said he worshipped her and that some of his love songs are written to her.

For the sake of where this post is going, let’s say that these accusations are true. Let’s say Jackson, through rituals and other methods, got in touch with the Spirit of Nature. Let’s say they communed with each other. Let’s say he wrote songs to please her and to make the world aware of how she is hurting and in need of healing.

Michael Jackson’s message was one of love and healing and taking care of the planet. At the end of the movie, “This Is It” I heard something that was VERY interesting. Right before they prayed after one of the rehearsals, Michael Jackson said something to his team to inspire them. “We have four years to get it right or else it’s irreversible to manage what we’ve done…”

If Jackson was in communication with Cybele, did he know something that we didn’t know? Was he a messenger? What do you think he referring to? What can we do to reverse what we’ve done? What are the consequences?

I don’t have the answers, but I do have a few thoughts. The weather has been changing drastically

over the last few decades. Biblical predictions seem to be coming to pass. Did Jesus know more about the Earth than we give him credit? Is our planet really unintelligent? Over the last 6000, we have done so much to hurt the third rock from the sun. Our lifestyles have become so demanding and are based on so much ignorance that they now require the destruction of the Earth. Perhaps nature is responding to us in some way. A warning? Or have we already received warnings? 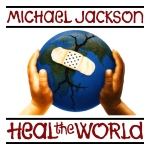 As we remember Michael Jackson on the anniversary of his death, let’s not reduce him to a mere musician. Let’s remember him as a philanthropist and one who had a heart toward humanity and taking care of the planet. Let us hear anew the songs and follow the advice given in them… before it’s too late.