On Trayvon Martin and Solutions for the Black Community

The story has become an American classic. We’ve heard variations of it before.

Once upon a time, a white man admitted to killing a Black boy.

The 250 pound 28 year old claims he was defending himself against a 140 pound 17 year old carrying skittles and a can of iced tea.

Police cannot find evidence to suggest that the white man is lying—even though everybody else sees it.

Protests and press conferences are held where irrelevant Black leaders parade in front of cameras.

Black people leave justice in the hands of the authorities.

Black people stay in their rut.

Regardless of what happens regarding the arrest and conviction of the

murderer or whether or not the Department of Justice, FBI, or FDLE find anything in their investigations, if Black people continue leaving justice in the hands of so-called authorities, Black people will remain in defenseless and powerless positions—crying over injustice and complaining about unpunished racism in the 21st century.

Are we destined to remain in such anemic positions?

What, if anything, can we do about this?

How should we respond to this?

I’m running out of ideas… I honestly don’t think any of these ideas will do anything to address the heart of problem of Trayvon’s murder. And I hope I’m not alone. Malcolm X’s words ring clearer to me, now more than ever: that the government is either unable or unwilling to address the problems that confront Black people in a satisfactory way. The most natural response seems to be self-evident : address the problems ourselves–but that is not what’s happening. smh.

confronts them and the basic causes that produce it, they’ll create their own program, and when the people create a program, you get action.” –Malcolm X

We know the problems. We’re affected by them every day. Let’s create some solutions. Here are a few of mine:

1. We should recognize our power and use it:

2. We must redefine independence.

3. We must reeducate ourselves and educate our children.

5. Stop being so damn afraid.

The historic presentations of white superiority have been very overt. Illogical and foundationless arguments have been perpetuated as truth in all media forums to condition both whites and Blacks of this notion. Unfortunately for everyone, both groups bought the idea and we still see people suffering from complexes associated with it today.

We know that the Bible was used to justify slavery. Whether it was the misinterpretation of Cain’s mark (Genesis 4:15) or 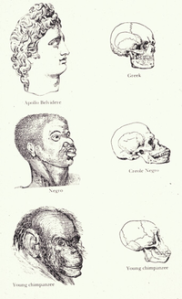 Ham’s curse (Genesis 9:20-27), these stories were marketing tools that helped sell the idea that Blacks were not only naturally inferior, but orchestrated by God to be inferior. Africans were branded as uncivilized, brute, unintelligent, and incapable of reaching certain levels of intelligence.  In the late 1700s Negroes were depicted in scientific depictions that connected them to apes (Charles White’s An Account of the Regular Gradation in Man, and in Different Animals and Vegetables). These and similar “findings” were used to create the idea that race could be itemized on the great chain of being where whites were above all other races and Blacks were at the very bottom.

Anytime a Black man or woman rose above the low expectations—which were based on nothing but hate and stupidity, scholars of the day shot them down or wrote some thesis to explain why the achieving Black was an exception (Phillis Wheatley). More than this, whites used violent and illegal means to keep Blacks in their “places”. (Among other, see race riots/ massacres in Wilmington, NC 1898; Tulsa, OK 1921; Rosewood, FL 1923).

Present presentations of white superiority are not as overt but more abundant. Similar arguments are used, but in with a different slant.  Instead of saying whites have intellectual abilities that Blacks don’t have, for instance, we talk about the “achievement gap” between whites and Blacks and how whites excel above and beyond their Black counterparts academically. Instead of saying that Blacks can’t read, society compares scores on standardized tests between the races and discuss the levels at which Blacks read compared to whites. Instead of saying the Black’s can’t go to school, they magnify the quotas and exceptions that are created so Blacks can get a “superior” education at Ivy League schools instead of the “inferior” education from Historically Black Colleges/ Universities. 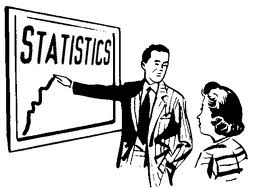 As I reflect on why I’ve spent so much time on this issue, it is because too many people in my generation and the generations beneath mine are operating under the misguided assumption that racism is gone and that the playing field is level… that things are different. If we uncritically accept such lies, we will never appropriately address the issues (internally and externally) that we need to address that we may move from where we have been for the past 400 years to where we were created to be.